Nicole Colson reports on a new report showing sterilization abuses of female inmates in California's prisons--and the fight for full reproductive justice for all women today.

"I WAS like, 'Oh my God, that's not right. Do they think they're animals, and they don't want them to breed anymore?"

Those were the words of Crystal Nguyen, a former inmate at California's Valley State Prison who worked in the prison's infirmary in 2007. During her time there, Nguyen says she saw prison medical staff coercing female inmates into sterilization procedures.

A shocking new report by the Center for Investigative Reporting (CIR) reveals the extent of this sterilization abuse, performed over nearly two decades in violation of state laws. Writing in the Modesto Bee, the CIR's Corey G. Johnson reports that at least 148 female prisoners received tubal ligations between 2006 and 2010, without required state approval. As many as 100 others were sterilized going back to the 1990s.

According to the report, the women were scheduled for tubal ligations while they were pregnant and housed at either the California Institution for Women in Corona or Valley State Prison for Women in Chowchilla. 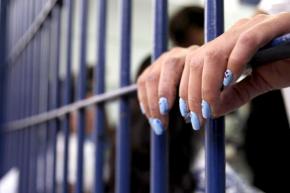 According to CIR, from 1997 to 2010, the state of California paid doctors $147,460 to sterilize women in the state's prisons. Johnson notes that both federal and state laws prohibit federal funds from being used for such procedures--in part due to fears that prisoners would feel forced to comply.

In the cases CIR uncovered, state funds were used--but "since 1994, the procedure has required approval from top medical officials in Sacramento on a case-by-case basis." According to Johnson, no tubal ligation requests have come before the state medical review board that is charged with approving such requests since at least 2006.

KIMBERLY JEFFREY, a former inmate at Valley State, described being repeatedly pressured by prison medical staff to have a tubal ligation. In 2010, while strapped to a table and sedated for a C-section, a doctor tried to get her to agree to be sterilized. According to the CIR report:

"[The doctor] said, 'So we're going to be doing this tubal ligation, right?'" Jeffrey said. "I'm like, 'Tubal ligation? What are you talking about? I don't want any procedure. I just want to have my baby.' I went into a straight panic."

Jeffrey provided copies of her official prison and hospital medical files to CIR. Those records show Jeffrey rejected a tubal ligation offer during a December 2009 prenatal checkup at [Dr. James] Heinrich's office. A medical report from Jeffrey's C-section a month later noted that she again refused a tubal ligation request made after she arrived at Madera Community Hospital. At no time did anyone explain to her any medical justifications for tubal ligation, Jeffrey said.

"Being treated like I was less than human produced in me a despair," Jeffrey told CIR, adding, that state prison officials "are the real repeat offenders...They repeatedly offended [against] me by denying me my right to dignity and humanity."

Another former Valley State inmate, Christina Cordero, told CIR that she was also pressured into being sterilized after having given birth to her son in the prison in October 2006.

According to her, it was the prison's OB-GYN, Dr. James Heinrich, who told her she should have the procedure. "As soon as he found out that I had five kids, he suggested that I look into getting it done. The closer I got to my due date, the more he talked about it," said Cordero, who finally agreed to the procedure. "He made me feel like a bad mother if I didn't do it."

"Today," she added, "I wish I would have never had it done."

When CIR asked Dr. Heinrich to explain the ethics and legality of his actions, he seemed to see no problem with what he had done. In fact, Heinrich said he was doing the taxpayers a favor--by saving them the future costs of women and children "on welfare."

"Over a 10-year period, that isn't a huge amount of money," Heinrich said, referring to the $147,460 cost of these sterilizations, "compared to what you save in welfare paying for these unwanted children--as they procreated more."

Henrich not only defended his actions, but suggested that inmates who claim they were coerced into the procedure are liars looking for a payout. He told CIR:

They all wanted it done. If they come a year or two later saying, "Somebody forced me to have this done," that's a lie. That's somebody looking for the state to give them a handout. My guess is that the only reason you do that is not because you feel wronged, but that you want to stay on the state's dole somehow.

Daun Martin, a licensed psychologist and former medical manager at Valley State Prison from 2005 to 2008, also defended the illegal sterilizations--claiming, incredibly enough, that it was a way to "empower" female inmates.

According to CIR, Martin stated that some pregnant women, particularly those on drugs or who were homeless, would commit crimes so they could return to prison for better health care. "Do I criticize those women for manipulating the system because they're pregnant? Absolutely not," Martin told CIR. "But I don't think it should happen. And I'd like to find ways to decrease that."

At least 60 tubal ligations were performed at the prison while Martin was overseeing medical care.

Martin told CIR that although she became aware that the procedure had been restricted, she and Dr. Heinrich sometimes found ways to get around the restrictions:

I'm sure that on a couple of occasions, [Heinrich] brought an issue to me saying, "Mary Smith is having a medical emergency" kind of thing, and, "We ought to have a tubal ligation. She's got six kids. Can we do it?" And I said, "Well, if you document it as a medical emergency, perhaps."

But it's not clear what "medical emergency" Michelle Anderson was facing when she was told she should be sterilized. Anderson had given birth in December 2006 while at Valley State, and was asked to agree to be sterilized. But she was never told what "risk factors" she had that led to the recommendation. She refused to have the procedure done.

The sterilizations in California prisons only seemed to stop after the prisoner-rights group Justice Now began to ask questions, eventually complaining to state Sen. Carol Liu, the chair of the Select Committee on Women and Children in the Criminal Justice System.

HISTORICALLY, STERILIZATION abuse has been used in the U.S. predominantly against poor women, particularly women of color. As Sharon Smith writes in Women and Socialism:

Racist population control policies left large numbers of Black women, Latinas and Native American women sterilized against their will or without their knowledge. In 1974, an Alabama court found that between 100,000 and 150,000 poor Black teenagers were sterilized each year in Alabama. A 1970s study showed 25 percent of Native American women had been sterilized, and that Black and Latina married women had been sterilized in much greater proportions than married women in the population at large...By 1968, one-third of women of childbearing age in Puerto Rico--still a U.S. colony--had been permanently sterilized.

Last year, right-wing politicians in North Carolina blocked a plan to give thousands of victims of state sterilization programs compensation for what they endured.

The state ran one of the most active eugenics programs in the nation. Created by law in 1929, according to the Charlotte Observer, "A state board ordered sterilizations for poor, feeble-minded, mentally diseased or people considered likely to have disabled children. The program continued until 1974."

Elaine Riddick was one of the women sterilized by the state. She was deemed "promiscuous" and "feebleminded" after being raped at the age of 14 and becoming pregnant by that rape. Riddick, who is African American, came from a family that received welfare benefits--another "incentive" for the state to sterilize her immediately after she gave birth to her son in 1968. Her illiterate grandmother was told only that Riddick needed a "procedure" and was made to sign consent papers with an "X."

"[T]hey said I would never be able to do anything for myself. I was a little bitty kid and they cut me open like a hog," Riddick told ABC News last year.

The horrifying abuses in California brought to light by the CIR report are a reminder that the bodies of women are still subject to these state-sanctioned abuses.

Such sterilizations are the less-discussed flip side of the war on abortion rights in the U.S. Real reproductive freedom for a woman not only means being able to choose to not have a child, but the ability to choose to have a child if she wishes--and to be free from coercion from the state in any of those choices.

The idea that poor women--that those on welfare, in particular--are somehow unfit to be mothers has become wrapped up in the right-wing assault on all social programs, particularly since the 1980s. Ronald Reagan's complaint about the "welfare queen"--a mythical African American woman with "too many" children, living high on the taxpayers' dime--isn't so distant from Dr. James Heinrich's assertion that the state paying for sterilizations is more "cost-effective" than paying for former inmates with children to go on welfare.

This ugly sentiment remains in programs that offer low-income women with substance addictions cash incentives in exchange for sterilization or going on long-term forms birth control.

Historically, women have struggled not only to be able to control if and when they have children, but--particularly for many poor women and women of color--to be able to have and raise their children at all.

Today, however, many mainstream liberal women's groups have retreated from grassroots action in the face of the right's attack on reproductive rights. The "defense" of abortion rights that such groups, along with their political allies in the Democratic Party, give is also paternalistic and condescending toward women and their right to control their bodies--witness Hillary Clinton's comment to NARAL members in 2005 that abortion is a "sad, even tragic choice."

Instead of lecturing women about their choices to have a child or not have a child, our society would be better off letting women make these decisions free of coercion--and fighting for a fully funded social safety net and other services and support that can make those choices real ones for all women.