Educators stand with the caravan

The Trump administration’s cruel attack on the migrant caravan is only its latest atrocity, but his presidency era has also seen fightbacks, including educator strikes from West Virginia to Washington state, and now the first-ever charter school strike in Chicago. This shows our public schools are sites of cutbacks and attacks, but we can also turn them into sites of struggle. We welcome all students into our rooms, and we demand that our schools and classrooms be sanctuaries. All children deserve education, not detention. In this statement, teachers and faculty from around the country issue a call to educators to show their solidarity with the migrant caravan.

2018 SAW some of the biggest educators’ struggles in several decades. Strikes in West Virginia, Oklahoma, Kentucky, Arizona and Washington state, and ongoing struggles in Los Angeles and Oakland have put educators at the forefront of revitalizing the labor movement. And these strikes and struggles went far beyond salaries, and took on social issues such as taxing the energy industry, classroom conditions and racial equity demands. Social justice educators know that our struggles are part of a bigger picture of fighting oppression and injustice broadly.

By now we have all seen the pictures: members of the migrant caravan, including many families, teargassed as they approach the border of the United States from Tijuana, Mexico. Thousands of Central American immigrants, mainly from El Salvador, Honduras and Guatemala, have been traveling to the U.S., in spite of escalating anti-immigrant rhetoric from the U.S. government. As they reached the border on Sunday, November 25, U.S. Border Patrol closed the border and launched tear gas into the crowds. 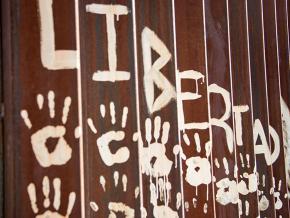 Asylum seekers fleeing oppression in countries ravaged by the legacy of U.S. imperialism are standing up against an increasingly hostile environment. President Trump has described immigrants as rapists and criminals, and has threatened to permanently close the border if the migrant caravan continues. Currently Trump is requesting $18 billion for the border wall. In addition, overall 2019 funding for U.S. Customs and Border Protection is $14.2 billion and $8.3 billion for the U.S. Immigration and Customs Enforcement. It’s outrageous that educators in the red states had to strike for hundreds of millions for higher salaries and school funding while the U.S. government aims to spend around $40 billion in the next year plus to criminalize and scapegoat immigrants and asylum seekers.

There are still immigrant children in detention following Trump’s policy of family separation. Nonetheless, approximately 15 women from the migrant caravan have begun a hunger strike, and it is likely this number will grow. Thousands remain in Mexico and will make their way to the border in the coming days and weeks.

As educators, we serve every student who enters our class, regardless of immigration status or nation of origin. Social justice education means that our classrooms recognize no borders, and we open our doors to the children of the migrant caravan.

We the undersigned demand that any child of school age who enters the U.S. be immediately welcomed into a public school, and not held in a detention center, or separated from their families.

(Unions and organizations for identification purposes only)