Keeanga-Yamahtta Taylor, author of From #BlackLivesMatter to Black Liberation, draws some conclusions about the outcome of the midterm elections, in an article based on a Facebook post that has been edited for publication.

THE ELECTORAL victories that broke the Republican hold on the House of Representative have pierced the perceptions of Trumpism as all-powerful and impenetrable. This includes all kinds of progressive referenda, left candidates in state races and, most dramatically, the restoration of voting rights for (most of) the formerly incarcerated in Florida.

There were significant victories in the Midwest where Trump secured his electoral outcome in 2016. The demise of troglodyte governors Scott Walker and Bruce Rauner, in Wisconsin and Illinois respectively, is also welcome.

These are important repudiations of the white supremacy emanating for the White House. It was also a confirmation of the audience that exists for actual left politics, not watered-down centrism.

For some of the Democrats running for re-election in the Senate and elsewhere, we now have tangible proof that you can’t beat neo-Confederate, white nationalism with mealymouthed, middle-of-the-road appeals to civility and good governance. Conservative and centrist Democrats found that voters won’t waste their time with cheap knockoffs. 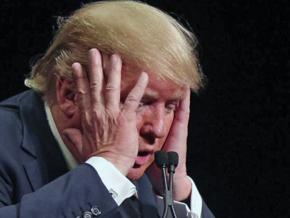 The only chance we have to bury the Trump nightmare is a radical political agenda that provides an actual and real alternative to the status quo. The massive increase in voter turnout is a testament to this.

The progressive current within the Democratic Party didn’t just run against Trump — they ran on Medicare for All, abolition of ICE and other political issues seen as progressive, and not just maintenance of the status quo. It was the motivating factor missing in the 2016 presidential campaign that motivated people to stand in lines for hours in poor conditions.

Where these politics failed to win — most spectacularly in Florida with Andrew Gillum and possibly with Stacey Abrams in Georgia — naked racism, voter intimidation, voter suppression and outright theft should not be underestimated.

Even in Texas, where Beto O’Rourke lost to the awful Ted Cruz by a razor-thin margin, the legacies of voter suppression, disenfranchisement and naked appeals to racism should not be underestimated, including unvarnished attacks on poor and working-class Latinos under the guise of an “immigration crisis.”

In general, the racism of Republican voters converged with determined efforts of the Republican establishment to subvert Black and Latino access to vote. This is certainly not the whole story, but the GOP’s long game of gerrymandering districts and using the courts to undermine easy access to voting will continue to come into play as their message shrinks to its bigoted and maniacal base.

THE OTHER truth coming out of the elections is that the need for struggle and organizing remain as important as they have ever been.

In the effort to generate a mobilization of voters, that unfortunate narrative, which reduces nearly all of Black struggle and politics to voting, was revived.

Of course, securing the right to vote has been a central part of Black political movements since emancipation, but even activists and organizers within the civil rights movement understood their struggle to be about so much more. The Black Power rebellions and urban insurgencies that erupted in the second half of the 1960s were bitter confirmation that more than voting was necessary.

Indeed, Black people had been voting in cities outside of the South for decades prior to the civil rights movement, and yet still found themselves locked into substandard and segregated housing, under-resourced schools and poorly paid jobs — all hemmed in by racist and abusive police forces.

It was no coincidence that five days after Lyndon Johnson signed the Voting Rights Act into law in 1965, the Watts Rebellion in South Central Los Angeles erupted. It was evidence for the rest of the country that participation in a deeply racist and flawed democracy was no guarantee of the freedom and justice that Black people were pursuing.

This was a period not only of rebellion, but also that saw the flowering of radical organizations with radical expectations for a new configuration of American society — what King referred to as the radical reconstruction of the United States. Millions of people radicalized in the face of self-imposed limits of American democracy.

To put it sharply, voting is not enough when the first words from Nancy Pelosi’s mouth upon winning the House of Representatives are her intentions to “reach across the aisle” in hope of attaining “bipartisanship.” This confirms how out of touch the existing Democratic Party leadership is and how little they have learned from 2016.

Struggle remains absolutely critical to making them take the agenda of poor and working-class people in this country seriously. They will not do it on their own.

It is such an exposure of the cynicism of the Democratic Party leadership, which is willing to highlight Trump’s authoritarianism and racism to get the vote out, and then immediately makes appeals to bipartisanship when what is actually needed is a plan to politically destroy the Republican Party.

In the two-second news cycle world we are living through, it’s easy to think of the massacre of Jews, the murder of Black citizens and the use of terror bombs to the perceived enemies of Trump as ancient history, but this was only two weeks ago. How do we promote bipartisanship with a party exceptionally fluent in racism, political thuggery and rank hostility to millions of people in this country?

But this is the moderating influence that governing can take — pragmatism, negotiation, compromise and banal calls for bipartisanship — when we are not organized around our own demands.

For those that think we as a society can keep meandering through the political wilderness, losing some and winning some, I would implore you to look beyond the borders of this country. Look at Brazil. Look across Europe. The growth of the hard right is real. The threat of fascism is real. Climate collapse is real.

These all require a qualitative transformation in our political expectations and demands. We have to think big; we have to organize bigger. It requires more than getting out the vote. Now the hard work continues.