Looming threat of the superbugs

The scientific and human resources exist to head off this crisis, but the profit motive is in the way, writes James Plested, in an article for the Australian newspaper Red Flag.

THE BACTERIA are coming for us. A new report commissioned by the UK government predicts that "superbugs" could kill more than 10 million people annually by 2050. That would make them a bigger killer than cancer.

Superbugs are strains of bacteria that are resistant to treatment by antibiotics. In the early years following the first widespread use of penicillin in the 1940s, such resistance was rare. But as the use of antibiotics has increased, so too has the prevalence of drug-resistant strains.

Around 700,000 people currently die every year as a result of drug resistance in cases of bacterial infections, malaria, HIV/AIDS and tuberculosis. Most of the deaths occur in developing countries such as India and China. But countries like Australia aren't immune.

Renee Scott, an 81-year-old Melbourne resident, contracted the bacteria Carbapenem-resistant enterobacteriaceae (CRE) following routine hip-replacement surgery at St. Vincent's Hospital in November. CRE can be carried without causing an infection, but once it does, there is little that can be done to treat it. The death rate is about 50 percent. In June last year, St. Vincent's revealed that dozens of patients had been affected by the bacteria since 2012. 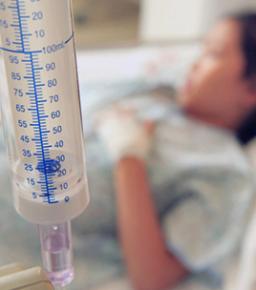 [W]e stand to lose the immense ground we have gained in the last century. This includes: 1) our fight against life-threatening infectious diseases such as pneumonia, TB, HIV and malaria; 2) our battle against conditions such as cancer, where antibiotics are crucial in helping chemotherapy patients avoid and fight infection; and 3) huge advances in surgical procedures like organ transplants and caesarean sections, which have now become routine and relatively low risk, thanks to our ability to effectively stave off or treat acute infections with antibiotics.

SO WHAT can we do? First, we need to stop using so many antibiotics, so that the rate of adaptation of bacteria into resistant strains slows down. Second, we need to speed up the development of new classes of antibiotics that can tackle the resistant bugs.

If we do both these things, we can very likely avoid the nightmare scenario outlined in the report. Problem is, as the decades of inaction on climate change show, we don't live in a world where decisions are made based on what is sensible and good for humanity. We live instead under the rule of global capitalism, where things that won't make someone a quick buck are given short shrift.

Take goal number one: reducing current overuse of antibiotics. Our society is awash with antibiotics, both those prescribed for the treatment of human illnesses and those (between 70 and 80 percent globally) that are used in animal agriculture. This creates ideal conditions for bacteria to develop resistance.

Much of this use is unnecessary, but it's making people money. Pharmaceutical companies have some of the highest profit margins of any industry. These profits depend on moving product--and having doctors prescribe their drugs is central to this.

Paradoxically, the sales of antibiotics are also helped by the underfunding of health care. Doctors, pressured to get through as many patients in as little time as possible, will often prescribe antibiotics as a precaution, rather than send patients for further testing.

In agriculture, the misuse of antibiotics is even more glaring. Only a tiny fraction of the drugs administered to farm animals are prescribed by vets to treat illnesses. The vast majority are simply injected, en masse, into factory-farmed cattle, chickens and pigs to preempt any possible infections and to boost growth.

What, then, of goal number two: developing new drugs capable of treating the new, antibiotic-resistant strains of bacteria? The report explains: "For antibiotics, the commercial return on R&D investment looks unattractive until widespread resistance has emerged against previous generations of drugs, by which time the new antibiotic may no longer have patent protection or may soon lose it."

Translation: investors won't put their money into developing the new antibiotics that we need because not enough people are dying yet. Once more people are dying and there is, therefore, a bigger market for the new drugs, they might think about it.

The report itself comes out with the rather chilling observation: "This will not change until we align better the public health needs with the commercial incentives." As far as its authors (led by Jim O'Neill, a former Goldman Sachs economist and current commercial secretary to the UK Treasury) are concerned, the problem isn't with "commercial incentives" that put short-term profits ahead of human lives. The problem, as they see it, is with the kind of "public health needs" that are difficult for people to make money from.

In line with this, their proposed solutions are all about helping big pharmaceutical companies invest in R&D without threatening their fat profit margins. They propose, among other measures "a system of market entry rewards of around $1 billion per drug for effective treatments."

So much for the free market--as in so many other areas, it seems big business can be enticed to do anything in the public interest only with large quantities of free money.

The report makes the bold suggestion that maybe some of this money could be raised via an "antibiotic investment charge" which would be "applied on a 'pay or play' basis, meaning companies could either pay the charge or invest in R&D that is deemed useful."

Predictably, this suggestion has been met with howls of outrage by Big Pharma. A joint statement released by trade associations representing pharmaceutical companies in Britain, Europe and internationally complained that the charge would "undermine current goodwill" and "voluntary investment," and that it "ignores the universal responsibility for finding a solution that all of society relies on."

Such is the reality of capitalism today: A tiny clique of super-rich individuals can hold the whole of society to ransom in the name of their own selfish interests. And in all likelihood, governments will let them get away with it.

We can and should do better. The science is up to it. The money is there. What's lacking is any conception among political leaders that when it comes to human health, it is the economy that should align with our needs, and not the other way around. The future of our society, of our health and well-being, depends on our doing something about it.