A system that doesn’t make a lot of sense

Health care is a source of fear and frustration for millions of people--and Barack Obama's new health care law won't change any of that, writes Helen Redmond.

I WAS in a packed waiting room in the rheumatology clinic along with 40 other people. I knew from past visits that there was only one attending physician and one resident. The wait would be at least two and a half hours.

Suddenly, two women entered the waiting area, and one of them was yelling. They went into a small office adjacent to the waiting room. The woman's voice got even louder, her tone sounding ever more desperate. Everyone in the waiting room went silent, and this is what we heard her shouting:

I waited for this appointment for over a month, and now, today, I'm here, and I'm told it's cancelled, and I can't get another one for three weeks? What the fuck is that? Do you know what it's like to live every fucking day with something growing in your throat, thinking it's cancer, and you have to wait a whole fucking month to have the test to find out if it's cancer? Do you fucking know what that feels like? I can't believe the way this place runs. This is bullshit. 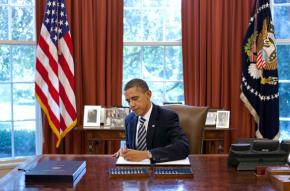 As a medical social worker, I got my fair share of abuse, too. It was my job to explain to patients why they didn't qualify for Medicaid--or if they did, the arduous means-testing qualification process that would take them months. For those with private insurance, I had to clarify annual deductibles, co-pays and why certain tests, procedures and medications weren't covered. At hearing all this, many of my patients would simply break down in rage or tears.

I'll never forget Jack. He was a liver transplant patient who couldn't afford the co-pays for his medicine. This is what Jack yelled at me while sobbing: "They give me a transplant that costs half a million dollars, but they won't give me my fucking medication so my body doesn't reject the liver that's worth half a million. That makes a lot of fucking sense, doesn't it, Helen?"

I absolutely agreed with Jack--it didn't make any sense at all.

The rage and tears are everywhere in the health care system. That's why hospitals and clinics hire so many security guards.

The Affordable Care Act (ACA) will not change any of this. Justifiably angry patients with inadequate insurance will continue to wait for hours to be seen by justifiably angry, overwhelmed health care providers in understaffed clinics. And that is what needs to change: the chaos and complexity created by a multiple payer system that cares only about profits and pits patients against health care providers.

That means putting the parasitic, investor-owned health insurance corporations out of business and building a national, taxpayer financed, patient-centered health care system. It's not a new, untested way of organizing health care. It's what most developed nations have, including our neighbor, Canada. And it's what the majority of Americans want.

THE REALITY is that the ACA adds even more complexity to the system. It's based on 2,000 pages of arcane regulations. Thousands of "navigators" around the country have been hired to explain how the insurance exchanges and subsidies work. Navigators? Why not create a system that is simple enough for everyone to understand?

Defenders of the ACA have their work cut out for them. It's both funny and painful to watch them fumble the math and say with a straight face that paying $398 a month for a stripped-down insurance plan is a great deal because it used to be $879.

One of the most cringe-inducing moments for me recently was watching Elisabeth Benjamin, the vice president of health initiatives for the Community Service Society of New York, be interviewed on Democracy Now!

She attempted to "decode" how the marketplace works and insisted that "apples-to-apples" comparison-shopping for a plan would be simple. The application for insurance asks for age, family size, zip code and yearly total income for all household members, among other things--only then will the computer display health plans, the costs and the amount of the subsidy. For those who aren't computer savvy, it isn't a simple enrollment process. Other states allow browsing of plans without creating an account.

Benjamin says the costs for insurance in the New York state are lower than expected, and this is the reason: "I think the best way to think about it is kind of like a Costco. What you have here is you have the ability--because of the mandate, more people are coming into the market. Insurance works on a solidarity principle, or like a Costco. The more people that go, you have bulk purchasing. If things are bulk-purchased, it's highly discounted."

Plans are divided into "value levels": bronze, silver, gold and platinum. The bronze plans have the lowest monthly premiums, but Benjamin warns us: "[Y]ou'll be expected to pay about 40 percent of your costs, altogether." Millions will opt for the bronze plans--and be severely underinsured.

At the other end are the platinum plans, which have a high monthly premium, but less cost sharing. Benjamin explains: "[T]he fancier the plan you get, the less you pay when you go to the doctor, but you pay more on that monthly bill...because it's fancier, it costs more."

Tiered health plans will reinforce class and racial inequalities in health care. Bronze is for those with low incomes, and platinum is for those with higher incomes. But no matter which plan is purchased, everyone is being ripped off by the insurance industry.

The "Costcoization" of health care sums up everything that's wrong with the ACA. The idea of shopping for medical care is a disaster in the first place, because the health care system is a combination of state, federal and private entities, with many parts and professions, which consumers have no control over. And you can't equate buying toilet paper or cheese in bulk with buying health insurance. If the cheese you bought is rotten, you can return it and get your money back, but you can't get a refund if your health care is rotten.

The introduction of the health insurance exchanges has been a disaster. All over the country, websites crashed as millions tried to get on. With a three-year lead time and contracts worth many millions for Booz Allen Hamilton, CGI Federal and Oracle, they couldn't deliver websites without serious flaws?

I BROWSED the California insurance exchange for coverage because it's one of the largest markets, it supposedly offers the most affordable coverage, and I didn't have to set up an account. I plugged in my age--insurers are allowed to charge older people up to three times more than younger people--annual salary and family size. A screen then popped up with a message, "It's important to understand the benefits and risks and determine how much health care you expect to use."

How do you "expect" how much health care you're going to use? I might need an abortion (Note: The ACA maintains Hyde Amendment restrictions, which ban federal money from being spent on the procedure, except in cases of rape or incest, or when the woman's life is in danger). I could get hit by a car. I might be diagnosed with breast cancer or have a heart attack.

I have no idea what will happen to my body in the next year. What an absurd notion to try and forecast future medical needs.

The total cost of the monthly premium is $512. My share would be $213, and Blue Shield would get $298, courtesy of U.S. taxpayers. Cha-ching! What a great deal...for the insurance industry.

On my salary, there's no way that I can afford a monthly premium of $213, cover the outrageous $5,000 annual deductible before insurance kicks in, or pay all those co-pays. I'll have to opt out and remain uninsured--and for that, I'll be penalized by the IRS on my tax return. If I get sick, medical bankruptcy is a real possibility.

Now I'm freaking out and feeling the rage that my patient Jack felt. I want to yell at all those defenders of the ACA who say they really wanted a single-payer system, but that's not politically feasible, and this was the best we could get: "The ACA, that makes a lot of fucking sense, doesn't it?"